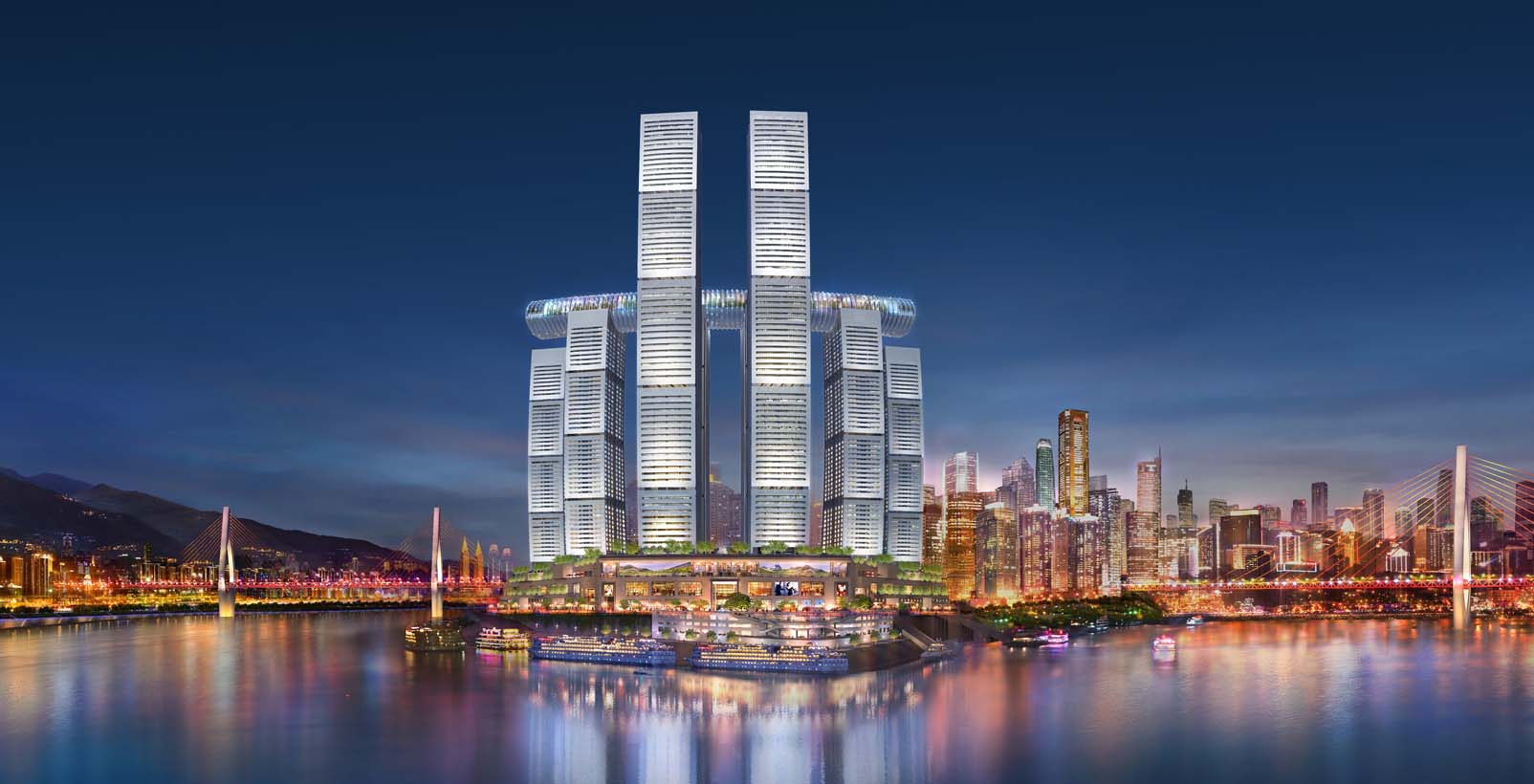 KONE, a global leader in the elevator and escalator industry, has won an order to supply 196 elevators and escalators to Raffles City Chongqing, an integrated development comprising a shopping mall and eight towers for residential, office, serviced residence and hotel use. The two tallest towers are 350m high.

Designed by the internationally renowned architect and urban planner Moshe Safdie, the 1.12 million square meter development is said to be one of the biggest engineering marvels being built in the world today. Raffles City Chongqing is located on the Chao Tian Men site in Yuzhong District at the confluence of the Yangtze and Jialing rivers.

KONE will be supplying 42 KONE MonoSpace® elevators, 41 KONE MiniSpace(TM) elevators and 113 KONE TravelMaster(TM) escalators. Special features will include one heavy-load and high-rise elevator traveling at the speed of 6m/s and 20 escalators crossing the expansion joints to accommodate to the building design and the customer's needs.

Raffles City Chongqing is one of the largest developments to receive the LEED-CS (Leadership in Energy and Environmental Design - Core&Shell) gold-level pre-certification.

"Raffles City Chongqing is an icon for this booming city and it's an honor for us to be a part of this ambitious, super-scale development", says William B. Johnson, Executive Vice President for KONE Greater China.

The development is expected to be completed in 2019.

The order was booked in the first quarter of 2017.

Read more
Previous press releases on KONE's orders are available at www.kone.com/press including:

About KONE
At KONE, our mission is to improve the flow of urban life. As a global leader in the elevator and escalator industry, KONE provides elevators, escalators and automatic building doors, as well as solutions for maintenance and modernization to add value to buildings throughout their life cycle. Through more effective People Flow®, we make people's journeys safe, convenient and reliable, in taller, smarter buildings. In 2016, KONE had annual net sales of EUR 8.8 billion and at the end of the year over 52,000 employees. KONE class B shares are listed on the Nasdaq Helsinki Ltd. in Finland. http://www.kone.com